Animation for a Channel 4 Documentary on FGM

The documentary needed to show the different kinds of mutilation that are practiced on female genitals. The production company decided animation was the most appropriate medium to communicate this. We worked closely with the producers to ensure the style was avoided being too medical or pornographic whilst also being modern and easy for viewers to understand.

The Channel 4 website has a synopsis and more information about the the campaign. 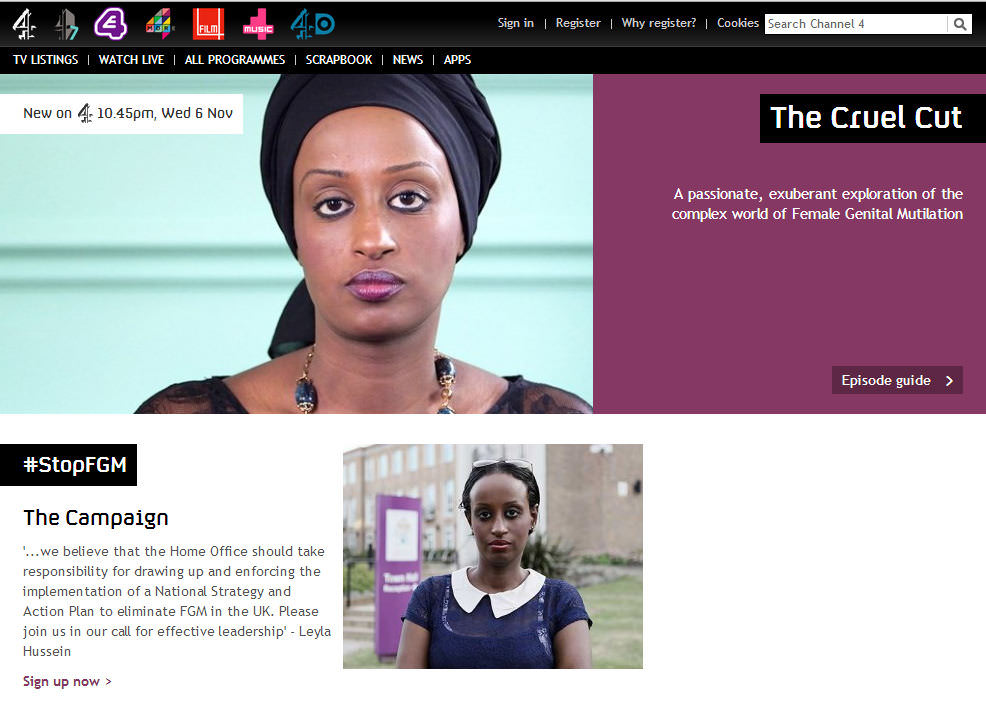 Female Genital Mutilation, or FGM, is when a girl’s genitals are either partially or totally removed for non-medical reasons.

Leyla Hussein, a campaigner and mother, was cut when she was seven years old.

Four women held her down, while a fifth person cut her. The pain was so intense that Leyla screamed for her mother to help her, before passing out.

With an estimated 24,000 British girls at risk of FGM, and 66,000 women and girls living with its terrible consequences in this country alone, Leyla wants to stop FGM.

This passionate and exuberant documentary explores the complex world of FGM, how it could be your neighbour, your colleague or the girl on the bus next to you who could be either at risk or suffering the consequences.

The Cruel Cut examines the cultural and societal pressures, and how it continues despite being illegal in the UK – there have been no prosecutions although it was made illegal in 1985.

The documentary follows Leyla’s campaign as she and a group of survivors attempt to take their cause to the very top of the government.

About the animation production

The style concept was designed by Mair Perkins Ltd. then the final illustration was sent to QuimbyCo who composited it in After Effects and produced the video file for the documentary editors to use.

QuimbyCo and Mair Perkins Ltd. have produced many animation projects together such as the Bill Bailey Animation and explainer videos for businesses including Vodafone and Microsoft 365. They are both animation businesses that started in late 2011 and often collaborate on projects including another business, AnimatID, that specialises in short animated logo intros.

QuimbyCo is run by Richie Phillips who specialises in motion graphics and 2D animation and has worked for Sports Tonight, Sky and with many studios in the East Midlands. Mair perkins Ltd. is run by Mair Perkins who  provides illustration and 2D animation services to UK Universities,  The World association of Newspapers and News Publishers, Hat Trick productions and produced a sting used on E4.

If you have any queries about animation, you can contact Mair and Richie at art@mairperkins.co.uk or richie@quimbyco.net.