Ovacome approached my animation studio to create a video for their 20th anniversary. The charity has been supporting women affected by ovarian cancer and their families since 1996. The video’s aim is to raise awareness of Ovacome so they can reach out and support more women affected by ovarian cancer. I designed a simple style that complimented Ovacome’s existing branding and told a story that showed empathy, warmth and sensitivity. The finished animation received a positive response from the staff and volunteers at Ovacome and their supporters on social media. 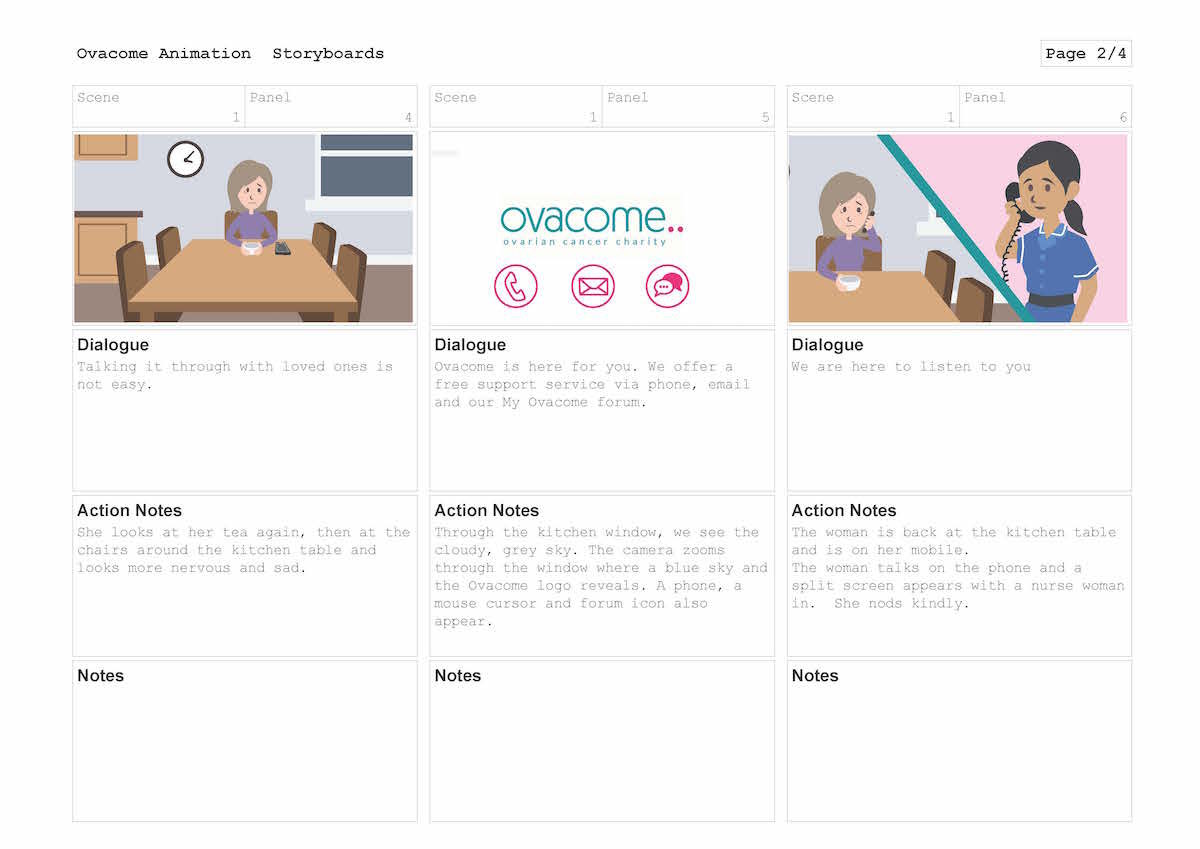 Mair created a short film for our charity, Ovacome, to let people know about our free support services. From the very start Mair was incredibly professional, succinct and wonderfully creative. Turning our brief and ideas into a concise 1 minute film that really captured the message we wanted to convey, not only understanding our branding but conveying a difficult message, being diagnosed with ovarian cancer, with such sensitivity, clarity and economy of language; both visual and spoken. We would not hesitate to work with Mair again.